OBP Introducing Juliane Weber
and her Victorian Historical Family Saga
Under the Emerald Sky: A tale of love and betrayal in 19th century Ireland 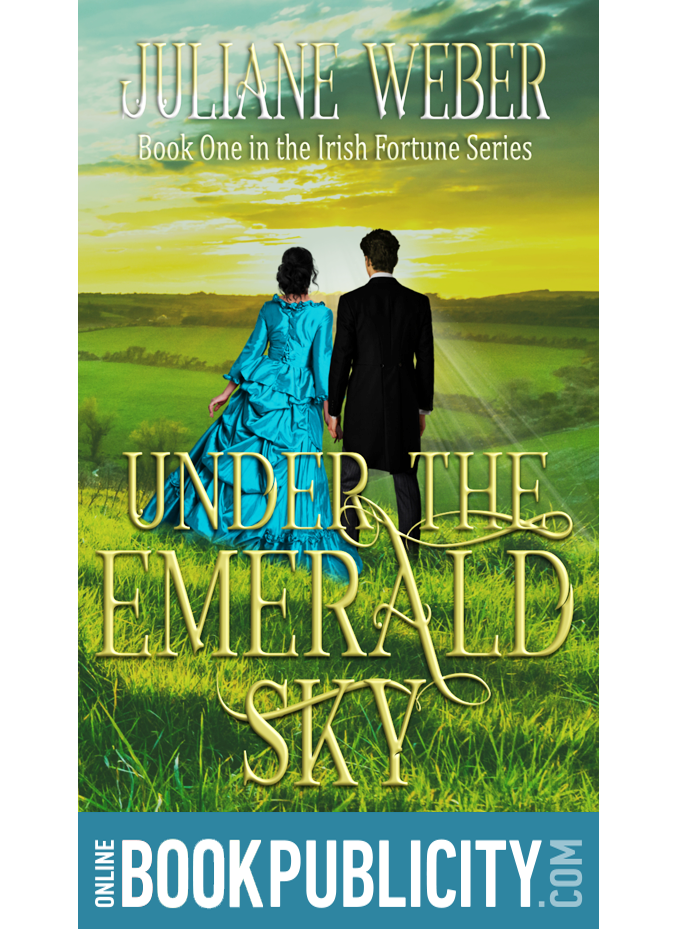 Escape to 19th century Ireland in a romantic tale of love, betrayal, rebellion, and intrigue.
The first book in the Irish Fortune Series sets the stage for an epic saga of historical proportions.
In a land known for its scenery, folklore, myths, and legends comes a heart-wrenching family drama set in County Tyrone. Amid the contrasts between Britain’s wealthy aristocracy and the poor Gaelic-speaking peasants living on the aristocrats’ estates, a love story develops between a former British Army officer and an Irishwoman. Seeing the injustices of Victorian Ireland, her brother has learned to hate the English and imperialism, and plots to end England’s oppression of Irish people. As the military officer and the heroine seek happiness in the face of hate and revenge, an action-packed romance ensues.
But disaster looms – the Great Famine that would change the course of Ireland’s history. With repeated failure of the potato harvest upon which most Irish families depend, thousands will go hungry, with sickness and starvation sweeping through Irish farms, decimating poor populations for years to come.
Join the strong female protagonist on her journey in an Ireland on the brink of ruin.