OBP Promoting Jeff Bacon and his Mythical Military Adventure, The Darkside of Good

A new epic SF fantasy series taking you for an action-adventure roller-coaster ride and gory military battles with fallen angels, demons, demigods, not to mention a few others purely evil supernatural creatures. If you are interested in mythology and mythical creatures embroiled in a brutal alternate history war, that’s been raging for millennia you should consider this graphically gory but humorous urban fantasy series.

He fought for his country. Now he’s battling absolute evil.

Join Lieutenant Baccus and his team as they fight for redemption. Baccus is shocked to learn that demons, fallen angels and nephilims are real. He needs to take down the dangerous guys faster than they pop up. If he fails, everyone he is sworn to protect will die. Will his torment lead him down a dark path, or can he rise as the ultimate soldier of light by becoming the church's special assassin? 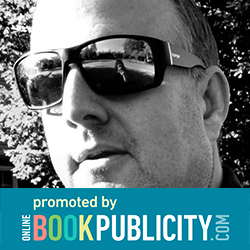